Ski jumping in the Montafon then and now

From the Zelfen ski jump to the Montafon Nordic Sports centre.

Ski jumping events were already being held in Tschagguns over one hundred years ago – although then, of course, the jumps had to be built from snow by the competitors themselves before the event! During the first half of the 20th century a number of other ski jumping projects came into being, including the old Zelfen jump. It was not until the 1960s that ski jumping in Tschagguns came to a gradual halt.

After modest beginnings on self-made jumps in the run-up to World War 1, it was the 1930/31 winter season in Tschagguns which heralded the first signs of the Montafon becoming a ski jumping stronghold. Josef Vonblon, the head of the Winter Sports Society (WSV), oversaw the construction of the Rhätikon jump at Latschau, which catered for jump distances of up to 47 m. But soon even this was not enough to satisfy the challenges of the time, and so in February 1937 plans were finalised for the construction of the Zelfen jump for special jumping events. Josef Salzgeber, head of the Tschagguns WSV, appointed Head Engineer August Ohneberg as the person responsible for the construction of the jump. A day before the opening event, which took place on 9th January 1938, the Vorarlberger Tagblatt newspaper issued a special supplement entitled “Winter sports in Vorarlberg. Opening of the giant Zelfen ski jump in Tschagguns”, in which the both the benefits of the installation and the pioneering spirit and self-sacrifice of its builders were highly praised.

The ski jump opening event was a massive celebration, which was attended by no other than ski jumping world record holder Josef “Bubi” Bradl. As expected he won convincingly in front of approx. 2,000 spectators, quite an impressive number for those times, clocking up 80 metres after an extended start, and establishing a jump record. But this event had yet another special highlight: Bubi Bradl and a ski jumper named Schneider performed a double jump, something no longer possible with the modern V-shaped descent popular today.

Years of renewal after the Second World War

In 1945-6, the first winter after the war, Tschagguns WSV was already highly active. In addition to holding the Vorarlberg Combination Downhill Ski Championships, they also organised a ski jumping event on the Zelfen jump, which took place on 3rd March 1946 watched by 6,000 spectators. Quite a few of these had travelled in with the Montafon railway, which was totally overwhelmed by the great rush of people, and some passengers were forced to get off and make their way over the Alma to St. Anton on foot.

After this success the WSV was contracted to organise the 1947 Austrian Downhill and Nordic Combination Championships. To carry out this task a so-called combination jump was required on which the 60 m mark could not be exceeded. Once again this was built by Head Engineer Ohneberg and named after him. One of the highlights of these Championships was the special event on the giant Zelfen jump, which took place on 23rd February with nearly 15,000 spectators. A special highlight was Austria’s first nighttime event on the Engineer Ohneberg jump on 21st February.

On 12th March 1950 an international ski jumping event was held on the Zelfer jump. It was here that the jump record of 80 m was overtaken on several occasions by the Swiss Andreas Däscher and extended to 86 m. Right up until the 1960s regular ski jumping events, including national, international and regional championships, took place on both Tschagguns ski jumps.

The gradual end of ski jumping in the Montafon during the 1960s.

In the 1960s the jumps in Tschagguns were shut down and dismantled. By the Millennium only clumps of trees could be seen on the spot where the Zelfen jump had once stood. 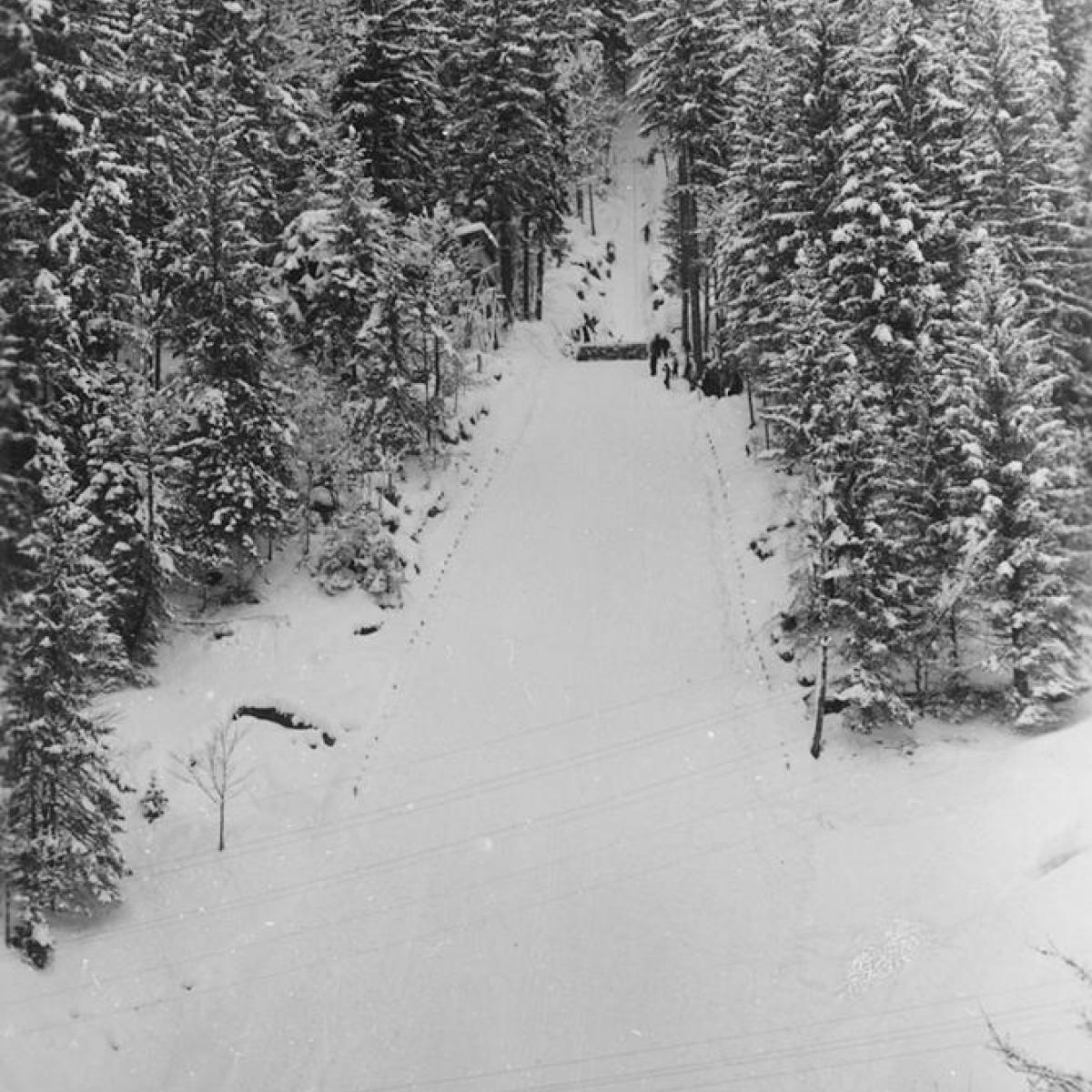 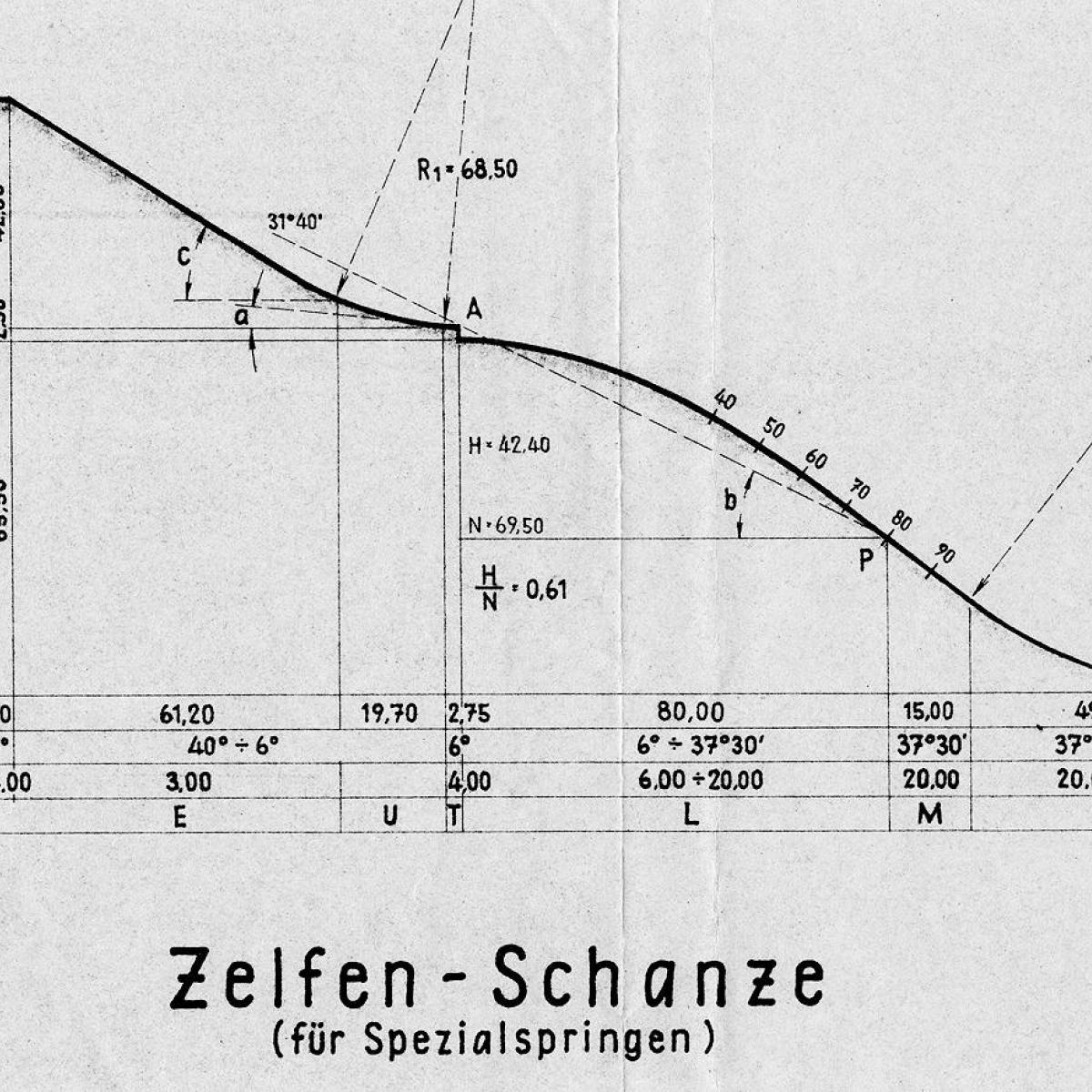 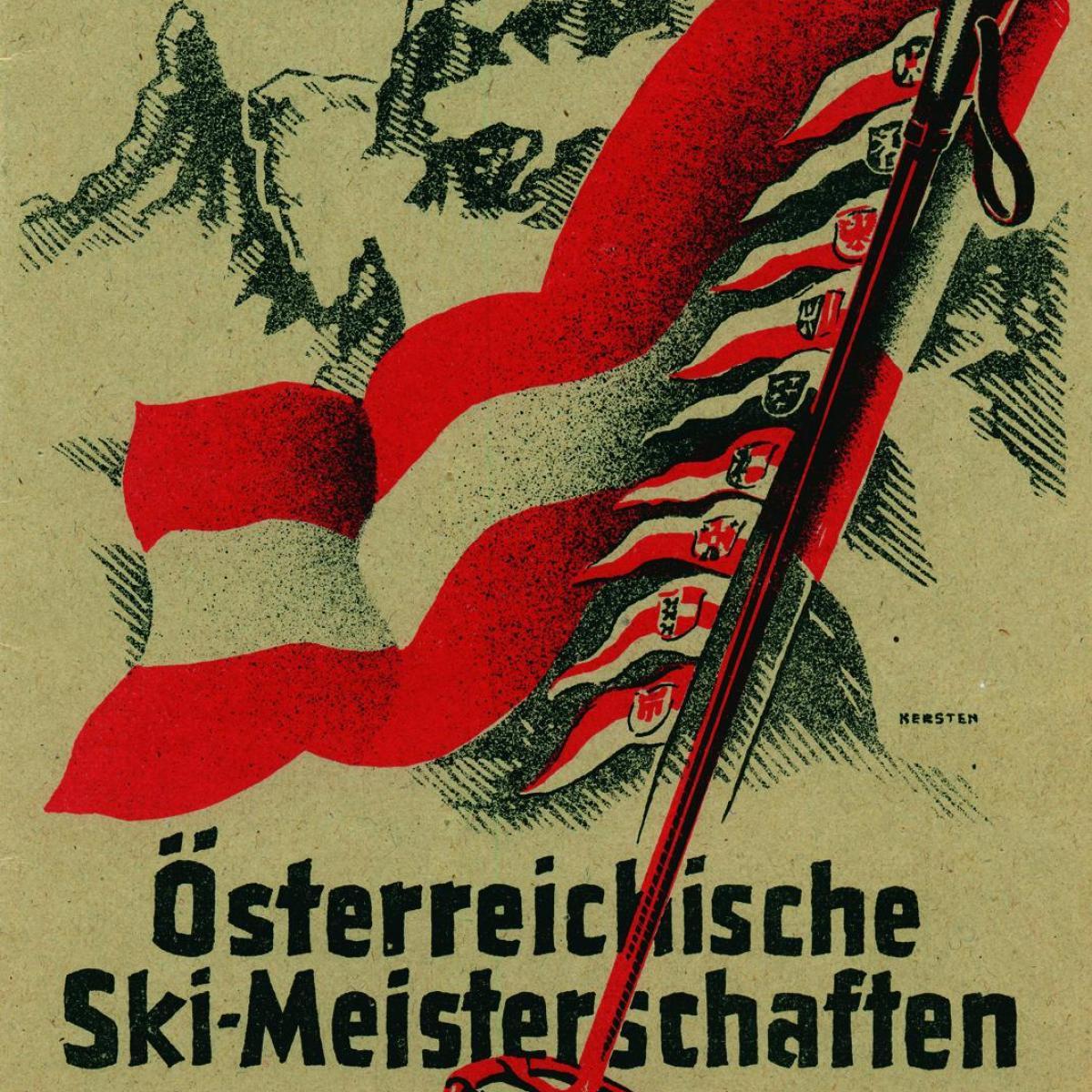