(Closed in the low season)

The history of skiing in Vorarlberg, stretching back 130 years, is the theme of the Vorarlberg FIS Ski Museum in Damüls. Housed in Damüls vicarage, the second floor of the museum exhibits special displays which change annually.

Over the last few decades Christian Lingenhöle, shareholder in the Damüls lift company and naturalised Damülser, was able to build up a comprehensive collection of historical skis whilst working in a sports shop. After retiring he dedicated himself even more intensively to his collection, thus forming the basis for the present Vorarlberg Ski Museums in Damüls. In addition to historical skis, the museum’s focus is also on an eclectic selection of ski equipment and memorabilia, clothing, photographs, literature and documents. Some curiosities illustrate the ways in which former generations experimented with skiing. A library and a ski history archive are also presently being developed. Any relevant information and items would be gratefully accepted.

The main focus of the Ski Museum’s permanent exhibition is centred round three subjects. Dating back to the earliest beginnings of skiing in Scandinavia, notable Vorarlberg ski pioneers are featured. In addition to Viktor Sohm, the region’s first skier, we would mention Georg Bilgeri, Hannes Schneider and Ernst Janner. A second focus lies on the production of skis, which was initially carried out by cart manufacturers, of which in those days there were large numbers throughout the region. The long list of medals won by ski racers at the Winter Olympics and Ski World Championships are testimony to the fact that Vorarlberg is a province with a great racing tradition, and all these champion athletes are represented in the exhibition. In addition to these three focuses of interest, the display storeroom offers a comprehensive insight into the Lingenhöle collection. Last byt not least, the development of ski production, ski jumping and the local ski industry in Damüls are also covered. 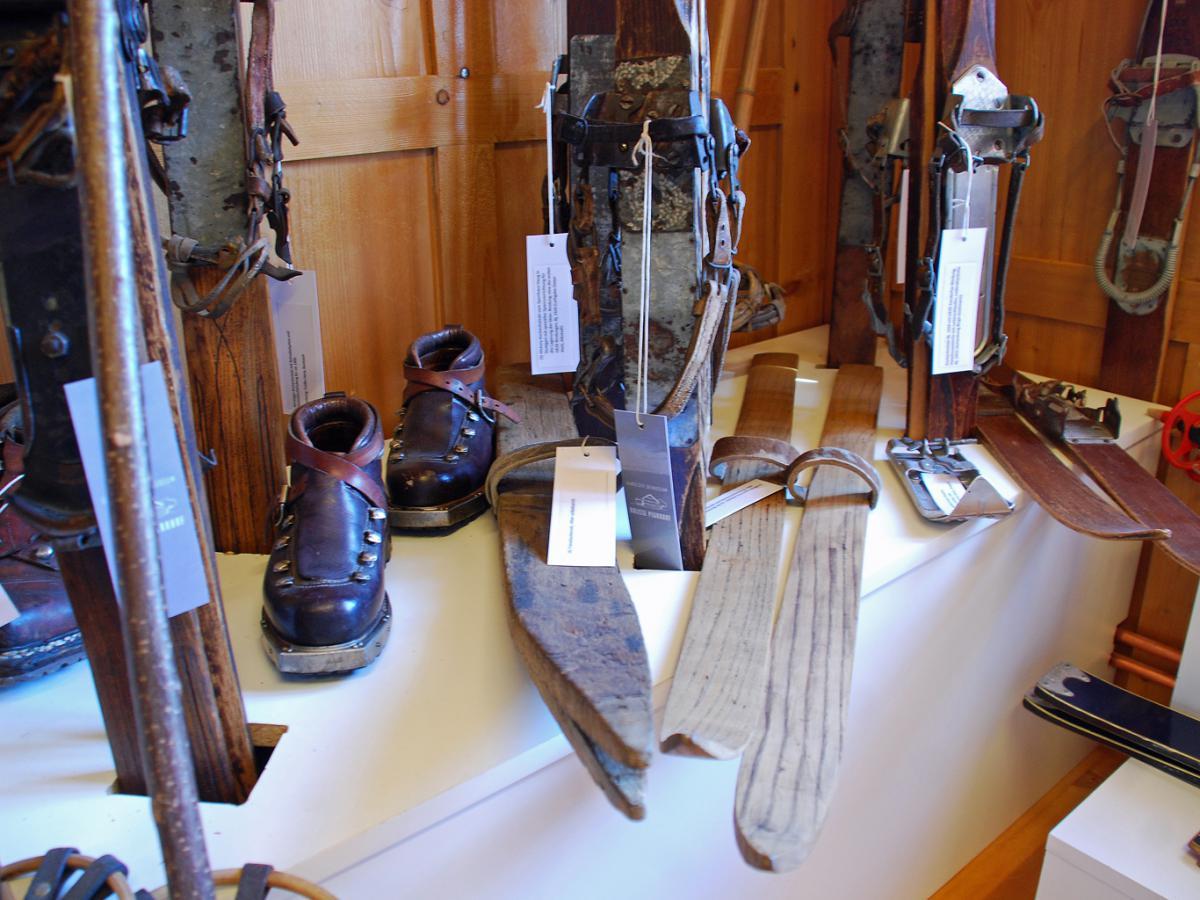 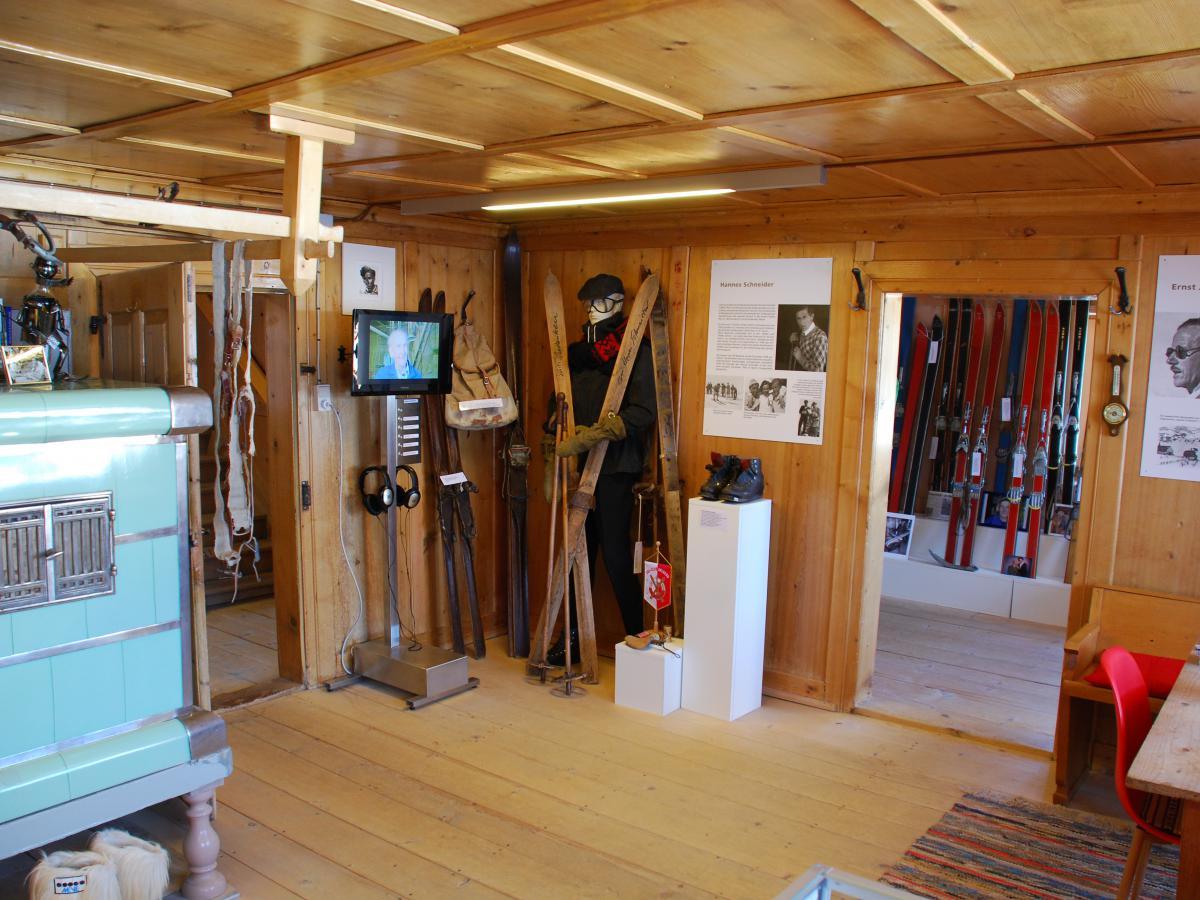 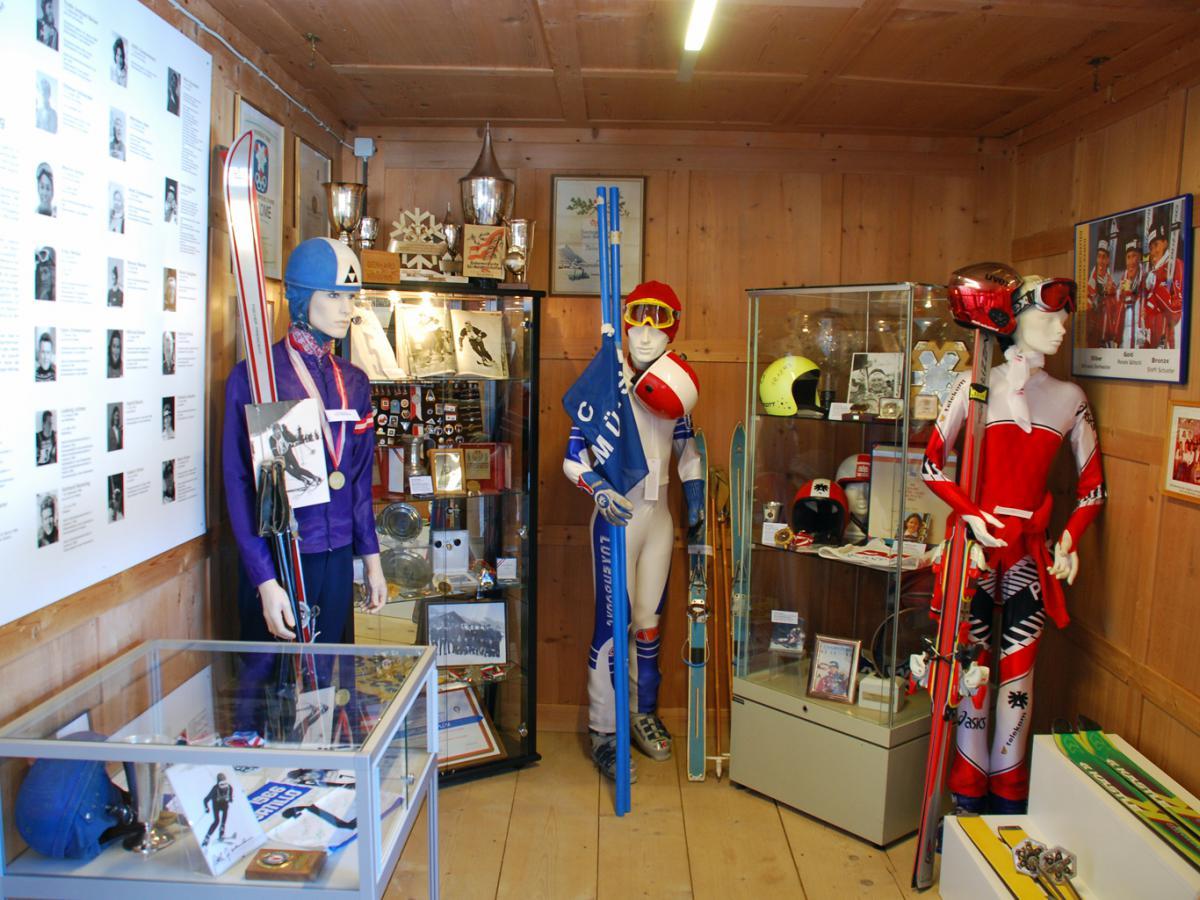 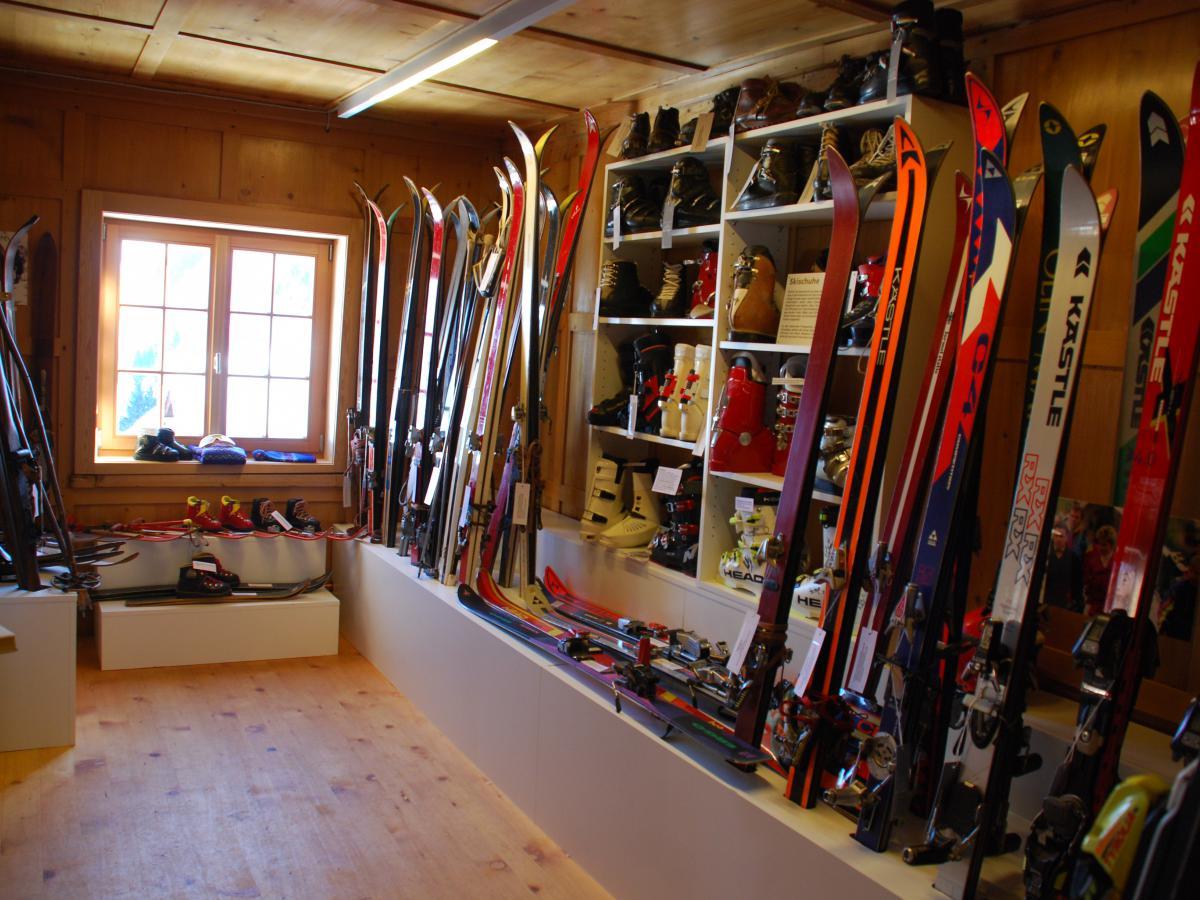 In addition to historical skis, the museum’s focus is also on an eclectic selection of ski equipment and memorabilia, clothing, photographs, literature and documents.